I wanted to pass on this resource, and what a great idea ...

The City of God by Saint Augustine

at the Rainbow Resource Center 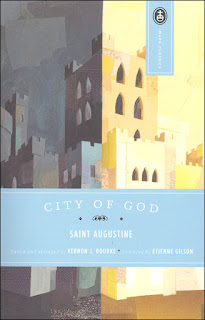 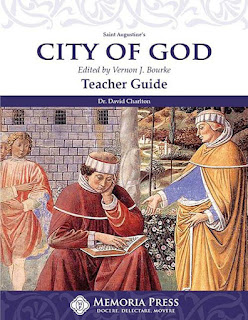 ... more at Rainbow Resource Center, including a Student Guide and Tests & Quizes

Posted by FHG at 9:28:00 PM
Email ThisBlogThis!Share to TwitterShare to FacebookShare to Pinterest

I was reading a book (Divine Milieu), and I came across a list of people on a page of the book which included someone I had not heard of before ...

... I knew everyone on the list except Saint Lydwine

I was researching online about who was this new saint (Saint Lydwine), and I found a wonderful site right here on blogger about saints - 365 Saints... be sure to check it out (and it does differ from 365 Rosaries also here on blogger - check out both of them)

Posted by FHG at 11:13:00 PM
Email ThisBlogThis!Share to TwitterShare to FacebookShare to Pinterest

This hagiographic book is described as being 337 years old!

Who was John Foxe?

Who was Selina Hastings?

Posted by FHG at 9:53:00 PM
Email ThisBlogThis!Share to TwitterShare to FacebookShare to Pinterest

... an excerpt from the University of Missouri's special collections and archives about this book

"One of the most popular hagiographies in the Middle Ages was the Golden Legend (Legenda aurea) written by the archbishop of Genoa, Jacobus de Voragine (1228/30-1298). Intended as a quick reference for the clergy, the Golden Legend is actually not one saint’s life but a collection of saints’ lives and liturgical and doctrinal instruction. The term “legend” here does not mean folklore or fairy tale, but instead a text that is meant to be read out loud. The connotations we have of the term legend, however, did become associated with Jacobus’s Legend after the Reformation when humanists deplored Jacobus’s work as idolatry. Prior to the Reformation, the Legend was immensely popular. Over 1,000 manuscripts of the Latin version survive today and there are another 500 extant manuscripts of translations into the European vernaculars. Jacobus broke the text down into the main divisions of the liturgical year. Chapters 1-5 cover Advent to Christmas, Chapters 6-30 cover Christmas to Septuagesima- the Sunday 70 days before Easter, Chapters 31-53 deal with the period between Septuagesima and Easter, Chapters 54-76 encompass Easter to the Pentecost, and finally Chapters 77-180 handle the Octave of Pentecost all the way back to Advent. Jacobus cited the Patristic authors in his writing, but also emphasized the miraculous and the inhuman aspects of the stories. This last point is what made the Legend so popular in the Middle Ages and also what caused its downfall after the Reformation. The Legend is a good reference for the lives of the saints, issues of importance to Jacobus and the Church in the thirteenth century, and as a handbook of doctrine, particularly on the medieval church’s understanding of salvation. ~ (Eamon Duffy, “Introduction to the 2012 Edition,” in The Golden Legend: Readings on the Saints, by Jacobus de Voragine, translated by William Granger Ryan, xi-xx (Princeton: Princeton University Press, 1993); “Jacobus de Voragine, Archbishop of Genoa,” Encyclopedia Britannica, last updated December 30, 2019.)"

two volumn set of the book sold at amazon

more information about this book at Wikipedia

Who was Jacobus de Varagine, author of the book?

Posted by FHG at 10:45:00 PM
Email ThisBlogThis!Share to TwitterShare to FacebookShare to Pinterest

A Very Good Question! Who are the saints of the holy bible?

Who are the biblical saints?  I found some online references listing the saints of the bible ... I haven't doubled checked all of them yet, but they look credible - they are very nice lists (they are not just Catholic saints, but rather biblical saints).

Posted by FHG at 2:32:00 AM
Email ThisBlogThis!Share to TwitterShare to FacebookShare to Pinterest

An encyclical during the pandemic - Fratelli Tutti

Encyclical from Pope Francis during the pandemic ... 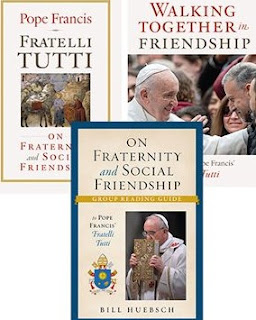 Posted by FHG at 2:17:00 PM
Email ThisBlogThis!Share to TwitterShare to FacebookShare to Pinterest

We are still reading Saint Augustine's City of God ... there is a reader's guide

Dante's Divine Comedy is a new book we are reading

Posted by FHG at 10:41:00 PM
Email ThisBlogThis!Share to TwitterShare to FacebookShare to Pinterest
Older Posts Home
Subscribe to: Posts (Atom)

FHG
Frostburg Hagiography Group is a private organization unaffiliated with any religious organization.