Do not send FHG any money ... you are reading a free service that posts free information on education and research in hagiography.

Membership in FHG is closed at this time.

Thank you,
Becky (FHG Owner)
Here is FHG's invitation flyer to news and information ...
What is hagiography?

·       Online Oxford Dictionary: “the writing of the lives of saints; biography that idealizes its subject”

·       Online Merrium-Webster Dictionary: “The combining form -graphy comes from Greek graphein, meaning to write.  Hagio- comes from a Greek word that means saintly or holy.  This origin is seen in Hagiographa, the Greek designation of the Ketuvim, the third division of the Hebrew Bible.”

What is hagiography in Frostburg, Maryland?

·       “… reading and studying hagiography around the world from the location of Frostburg, Maryland in the form of research and education”

An invitation from Rebecca A. DeWitt

Frostburg Hagiography Group is a private organization unaffiliated with any religious organization.

Posted by FHG at 2:35:00 PM
Email ThisBlogThis!Share to TwitterShare to FacebookShare to Pinterest

... a summer of pandemic and violence as we read and study hagiography

Topic: Roman History (as it pertains to hagiography)

I took a break from reading 'City of God' by Saint Augustine to have time for my online theology class, and I noticed that today was the feast day of the First Martyrs of the Church of Rome, which occured about 350 years before Saint Augustine was defending Rome from pagans and writing about it in his book called 'City of God':

Posted by FHG at 6:44:00 PM
Email ThisBlogThis!Share to TwitterShare to FacebookShare to Pinterest

... doing the best we can during the covid19 coronavirus pandemic

City of God
by
Saint Augustine

check out this blog about Saint Augustine
http://corinquietam.blogspot.com/

Posted by FHG at 11:57:00 PM
Email ThisBlogThis!Share to TwitterShare to FacebookShare to Pinterest

Catholic Liturgy of the Hours 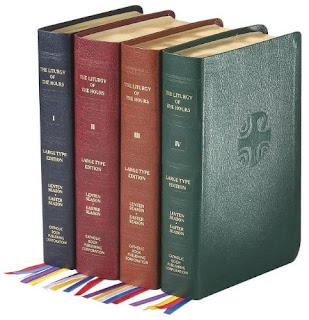 I'm taking another course at Notre Dame (McGrath) ... Liturgy of the Hours


Today, the hour homily is by Saint Gregory of Nyssa ...

I always go to Wikipedia, first, to find out more about the saint
https://en.wikipedia.org/wiki/Gregory_of_Nyssa

Posted by FHG at 2:33:00 AM
Email ThisBlogThis!Share to TwitterShare to FacebookShare to Pinterest

I'm taking a course at Notre Dame's McGrath Institute for Church Life (Old Testament II), and I am using a Saint Bible: 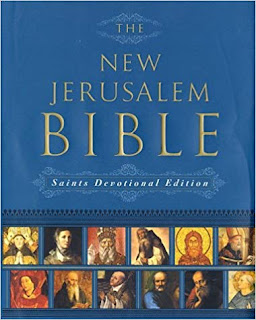 Posted by FHG at 9:45:00 PM
Email ThisBlogThis!Share to TwitterShare to FacebookShare to Pinterest

I bought a book in Frostburg ...  Desert Fathers and Desert Mothers 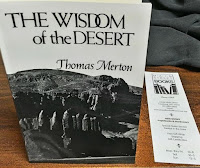 "... follow the book to its source" (Vitae Patrum)  https://en.wikipedia.org/wiki/Vitae_Patrum


Posted by FHG at 2:23:00 PM
Email ThisBlogThis!Share to TwitterShare to FacebookShare to Pinterest

two questions during study and research of Saint Thecla ...

What is the Byzantine Rite?

What is the Alexandrian Rite?

1.  Wikipedia: "The Byzantine Rite, also known as the Greek Rite or Constantinopolitan Rite, is the liturgical rite used by the Eastern Orthodox Church, the Greek/Byzantine Catholic churches, and in a modified form, Byzantine Rite Lutheranism."


Saint Thecla is a demoted saint in Roman Catholicism since the 1960s (September 23), but she still is a saint in the Byzantine Rite (September 24) and also in the Alexandrian Rite (October 3); nonetheless, the Acts of Paul and Thecla are found in the New Testament Apocrypha (this is Saint Thecla and Saint Paul, Apostle) (also, this is not the Acts of Paul)

A Story that demonstrates a woman in active ministry:
Can an early Christian story show a woman as an apostle?
http://www.bibliotraveler.com/can-an-early-christian-story-show-a-woman-as-an-apostle/


The Acts of Paul and Thecla
Translated probably by Jeremiah Jones, (1693-1724)
https://www.pbs.org/wgbh/pages/frontline/shows/religion/maps/primary/thecla.html 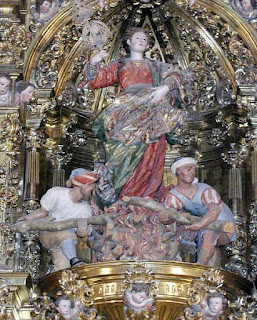 Posted by FHG at 8:39:00 PM
Email ThisBlogThis!Share to TwitterShare to FacebookShare to Pinterest
Older Posts Home
Subscribe to: Posts (Atom)

FHG
Frostburg Hagiography Group is a private organization unaffiliated with any religious organization.